Canton, Massachusetts was settled in 1650 and incorporated in 1797.  It is located in southeastern Massachusetts at the Foot of the Blue Hills.  It has an altitude of 126.8 feet above sea level.

Canton has adopted Open Town Meeting as its form of Government.  Annual Town Meeting is held on the second Monday in May at 7:00 p.m.

Canton has 17,381 registered voters.  The Annual Election is held the first Tuesday after the first Monday in April. 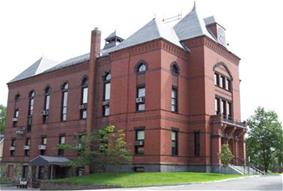